To cardi or not to cardi?

That was the question when I was leaving the house.
And when in doubt I cardi up, here with my grey Woolovers cashmere/merino throw-on. 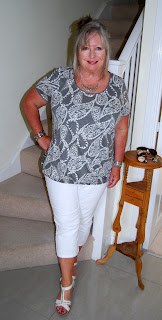 The cardi went over a Next grey print top and white Peacock crops.

And here's where I was headed, all carried up. 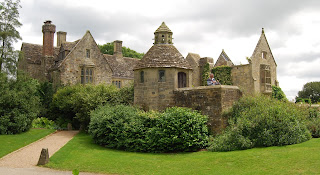 Nymans was a country retreat for the Messel family.  It has gardens views stretching out across the Sussex Weald. 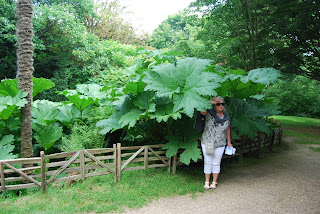 I immediately found myself some more gunnera manicata to hide under!  And, of course, the cardi came off immediately. 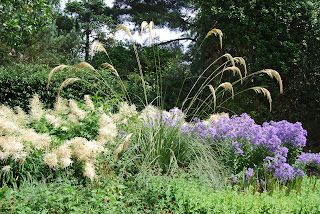 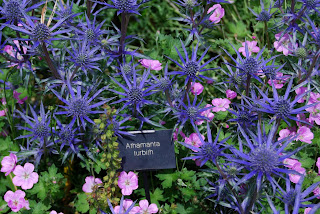 The gardens are colourful and quite simple, in relative terms (but not relative to my back garden!). 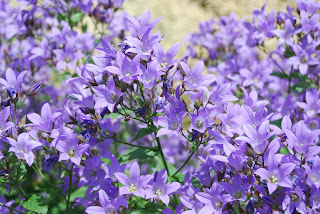 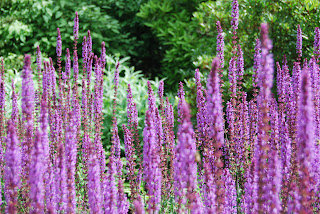 The property also has a magnificent Rose Garden.  I'm saving photos of that to give you in another post.  I promise. 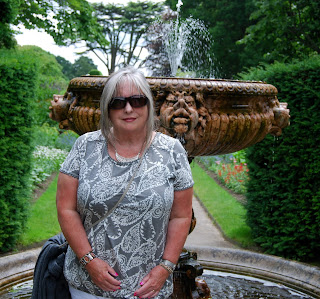 A pretty fountain leads the way to the more formal gardens around the house. 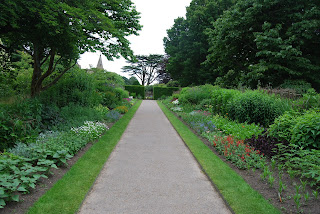 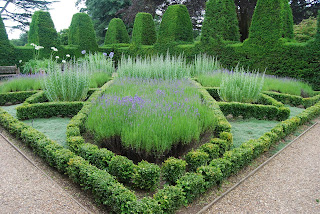 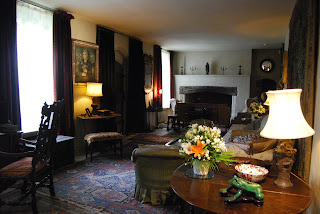 The house is cosily furnished in the style of the period. 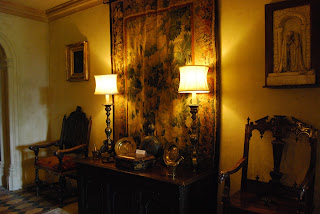 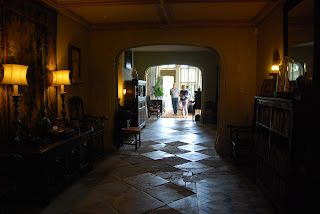 The hallway is floored with magnificent flagstones. 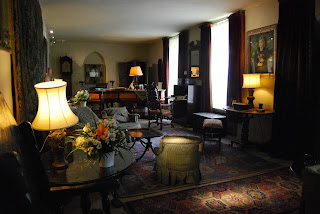 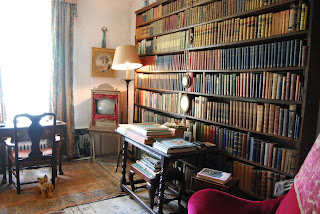 Some of the many books that the house once held - more on that story later. 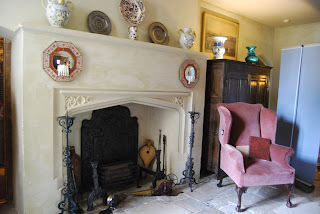 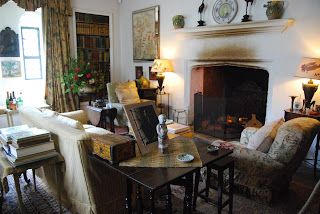 The fireplaces are laid out as though a family is living there now. 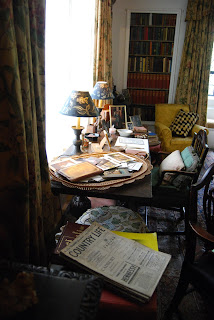 The house was built in the 1930s and featured in the 1935 Country Life edition left lying in the sitting room. 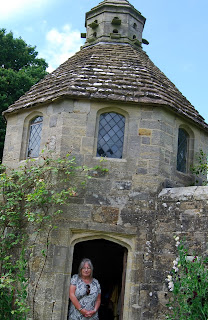 I never did find out what this little building is. 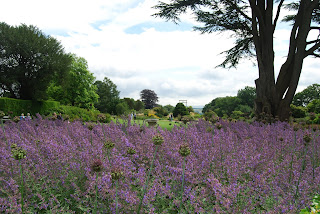 A view from the house. 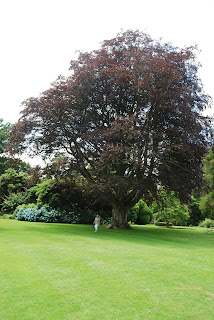 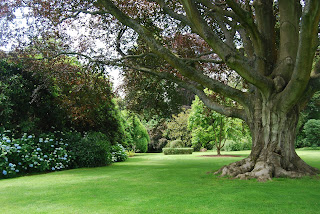 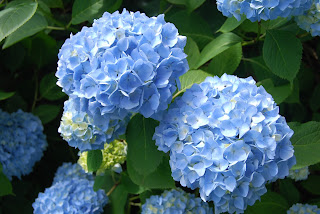 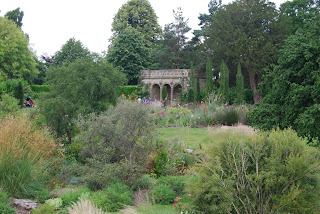 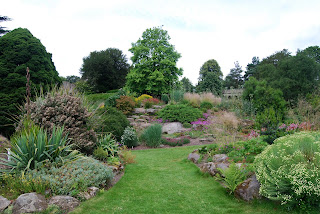 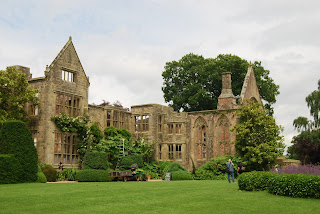 The house suffered a fire in the cold winter of 1947.  Water all around was frozen, which prevented the fire from being extinguished quickly.  All escaped from the house.
It is thought that the fire started from sparks from a blow torch used earlier in the day in attempt to defrost pipes in the attic. 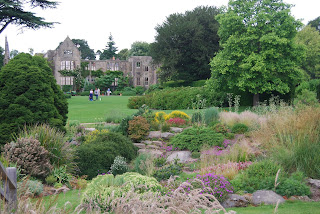 Many valuable and irreplaceable books and paintings were lost in the fire, including a Valasquez painting.  The house was not insured as in those days only one family home could be insured and this was not the family's prime residence.
The owners at the time didn't repair or return to live in the house. 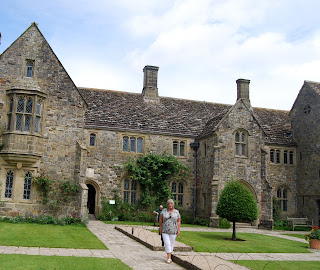 Many decades later a relative returned to live out her years in the part of the house which was left undamaged.

Now. why have I posted a pic of Antony and Cleopatra?

Well, Nymans was the family home of Oliver Messel, a well-known theatre and film designer of the time.  He designed costumes over the years for, amongst many others, Vivien Leigh.

Currently an exhibition at the house includes memorabilia and photos of Miss Leigh and handwritten correspondence between the actress and her husband for many years, Laurence Olivier.
On display too are outfits worn by Miss Leigh, including the dress and headdress shown in the photo above and a dress which she wore for the leading role in Gone With The Wind.
I knew very little about the lady, until I went to Nymans.

I hope you enjoyed your visit.  I certainly did.

Have you been visiting inspiring homes and gardens this summer?
Or maybe an historic site?  Or an amazing museum?
I'd love to hear that I'm not alone in enjoying these places!

Posted by thepoutingpensioner at 19:41:00