About Guernsey - The Ormer

Ormers, oh how I have missed you. 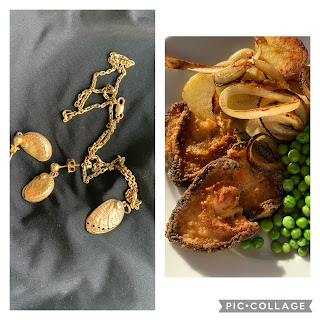 I ❤️ ormers.  Heavens, I even have gold jewellery  homaging these meaty mulluscs.

Quite simply put, an ormer is an edible sea creature. 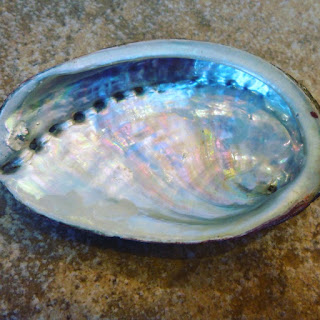 The inner nacre-covered shell of the ormer. 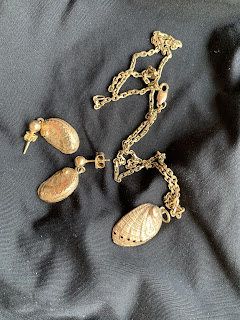 My gold ormer jewellery, for imitation is the sincerest form of flattery. 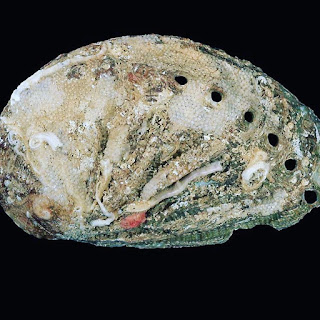 The rougher outer shell of the ormer.
The cooked ormer. 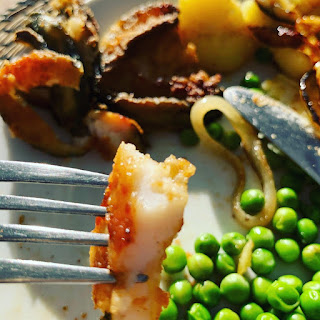 It’s been 50 years since I got my gnashers into this local delicacy, which is harvested from our shores at just a few spring tides a year.

My patience was rewarded recently when my sweet and kind Insta mate Kay from @kayed77_  shared with me her hubs’ catch.

But what exactly are ormers and what makes they so special that I’m raving on about them like a mad thing?

Ormers are found on shorelines from just north of the equator and no further north than the Channel Islands.

The mulluscs live on lower rocky shorelines, which are only exposed a few times a year in the colder months and at extremely low spring tides.

Guernsey’s tide varies by up to 10 metres and only low tides reaching that upper limit give access to the ormers’ habitat. 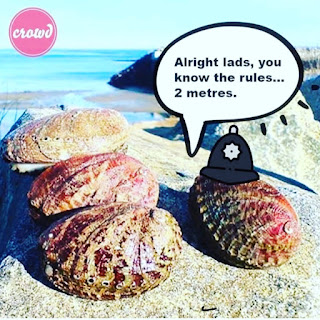 A bit of topical fun
Ormers may only be gathered a few days either side of the ormering tides, which coincide which specific full moons.
Harvesting these shoreline sensations involves  rummaging around rocks, most of which are partially submerged in icy cold water.  Thus the ormer catcher spends much of his (or her) time wading in freezing water, and sometimes up to waist height.
It’s not a pursuit for the faint-hearted, that’s for sure.
To prevent over-gathering, ormers must be eaten within a few days of catching, or pickled for later use.  Under no circumstances may they be frozen.
Cooking Ormers 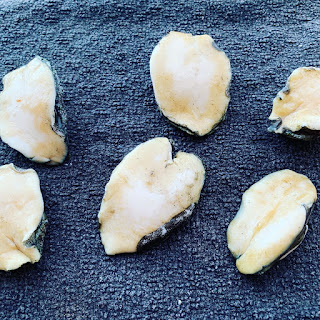 The meaty ormer innards need to be tenderised before cooking.

They are then tossed in seasoned flour and 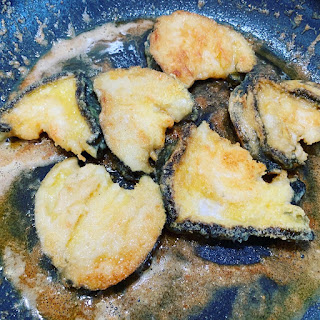 fried gently in guernsey butter - and these ormers did not disappoint!

My personal preference is to eat the ormers fried, as above, but some then make them into a stew.

I am not that person. 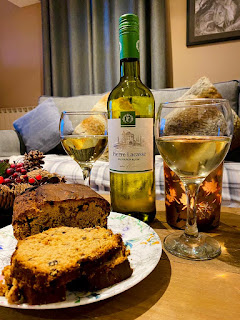 As a thank you, I baked these kind ormer gifters a ginger and date cake and gave them a bottle of Sauvignon to slosh it down. 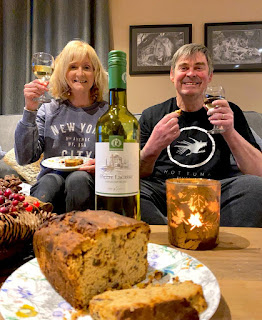 These sweet people sent me pics of them enjoying the thank you goodies. Aren’t they lovely?

Posted by thepoutingpensioner at 08:16:00