Sticking My Neck Out

I have to say that over the years I pretty much ignored the skin on my neck.  I moisturised it rarely.  I thought it could take care of itself, it always had. 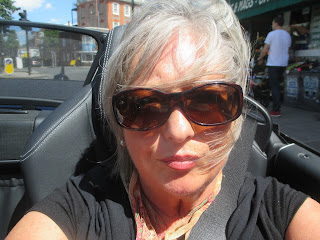 I saw that something weird was going on with my neck!
I think it's called "aging".

Well, of course, the damage was already done and I don't think anything but a neck lift can reverse the aging process!  I'm not someone who "lifts" anything.
So that won't be happening.

Is neck care all about prevention rather than repair?

Since The Richmond Experience I have been endeavouring to follow those known neck coverup tricks, like chunky necklaces and lots of scarfage and the like - but this only works when I remember.
Reaching for a neck coverup isn't yet hard-wired into my daily dressing routine.
And there is much evidence of my oversight in my post pics!


Have you used a neck-specific cream?
With good results?
I'd love to hear from you on this.

Posted by thepoutingpensioner at 08:04:00

Email ThisBlogThis!Share to TwitterShare to FacebookShare to Pinterest
Labels: Neck