Gardening.  Gardening. Gardening.
That’s what I’ve been up to.  Seems pretty much all I do these days and perhaps I’m getting to the point where I want to break out.

But there are some bright spots to life right now.  I’ve actually entertained too!

My posting took a back seat in recent days as I focused on prep for my first bbq of summer.  Or, if truth be told, the first in many, many years.   The Photographer isn’t a big fan of bbq food and we got rid of our old bbq last year. But having had a simply delish bbq at Son’s house last weekend, we were keen to give it another go, so Son brought his portable Weber and we were good to go.

Sooo, Friday found me driving down the coast to pick up our meat order at the best butcher on the island.  Arguably.
And on a sunny day with the top down, that’s an outing in itself. 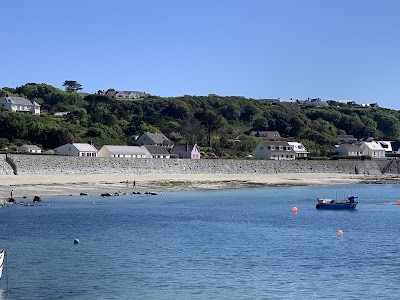 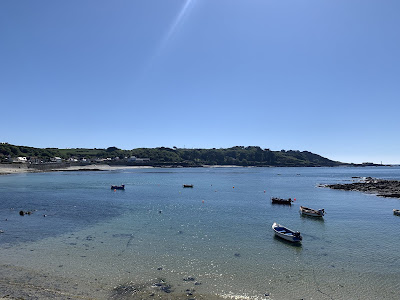 But then, oh the tidying up!  TP and I “joke“ that if we didn’t have guests to stay or the odd party or drinks thing the house would never get a tidy up.  Turns out it’s the same with the garden!

We’ve been focused on actual gardening like planting and stuff and had ignored all the messy plant pots and bits and pieces lurking that make for an unwelcoming outdoor space.  So for a few days last week we were rather occupied dumping broken chairs, giving garden furniture a touch up with black paint, organising unused plant pots in a tidy space behind the she-shed, rearranging garden tables and seating into socialable groupings.   That sort of thing.  It’s hard physical work shifting heavy wooden furniture around but soooo worth it.
Plus I had to hook out the bbq utensils and embarrassingly they looked like they’d never been used.
And then we were bbq ready!

We played boules and bubbles  after lunch, then took family photos to mark the occasion.

Son and I rarely have shots taken together, so we thought it a perfect time to get a few in the can with just us two. 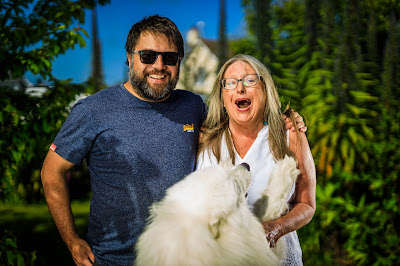 Our photobomber had other plans. 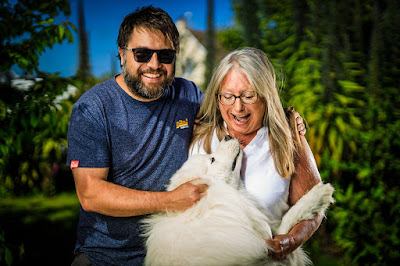 Yup, Mr Samoyed saw it as the perfect opportunity to muscle in on the action. 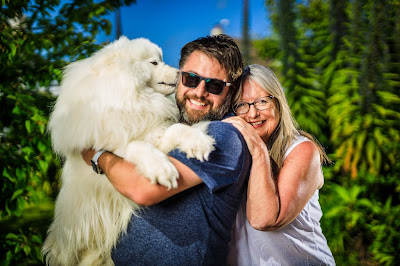 It would have been rude to kick him out eh?


But back to gardens.
I’m wondering if I’m the only person who has to work for days tidying up her garden for guests.
Is your garden always neat and tidy and guest-ready?