I spent a superb day with my lovely blogger chum Anna of muttonyearsstyleandi.  Her Mr Him and my The Photographer joined us, making up a fun foursome.  It is such a pleasure to meet real life bloggy mates.

We chose to meet up at Wakehurst Place, Ardingly.  More on that in a separate post because so many photos were taken that it seems kinder to split this outing in two, the social side and the botanical side, for Wakehurst is a mix of gardens and seed bank.

Anna suggested posting a meet-up style post. Crikey!  I wasn't prepared for a style shoot!
Anna on the other hand came totally prepared for two outings, one outfit for sightseeing which then magically transformed in her car into her  "going out" garb. How stylish and pre-prepared was that?!

Do you go out prepared for 2 occasions, transforming in-car, like Superman in a telephone booth? 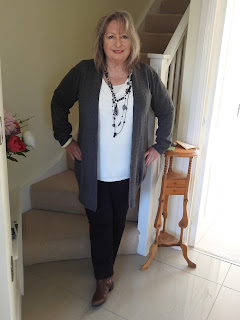 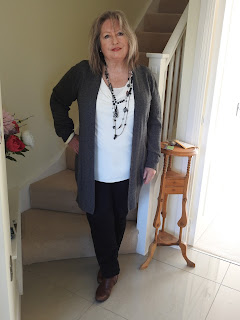 My outfit is a style steal repetition, the subtle difference being that this time I wore the prescribed brown boots.
I also added a mess of necklaces.
I don't know if there is a collective noun for a multiple of necklaces but my own distinctive way of wearing them would seem to invite "a mess of", or "an untidiness of" necklace.

OK, that's style done.  So moving on to the social side of our get-together, we went to
The Gardeners Arms in Ardingly 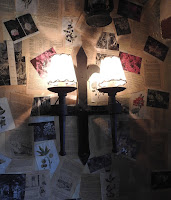 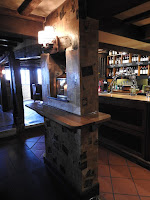 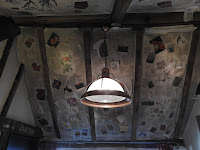 It's invitingly decorated with random decoupage and cosy lighting.

Now bearing in mind the name of the place, the owners' have been meticulously thorough with the décor.  The Ladies' has pics of male pin-up telly gardeners on the walls.  We speculated that Charlie Dimmock and Rachel de Thame perhaps decorated the Gents'.  Accepting my gender boundaries, I sent The Photographer to investigate.  Alas, he brought back no photographic evidence but he did spend some time reviewing the, err, artwork. 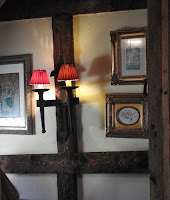 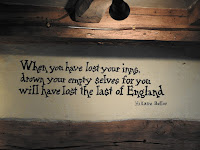 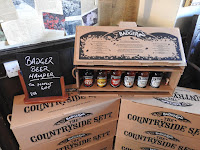 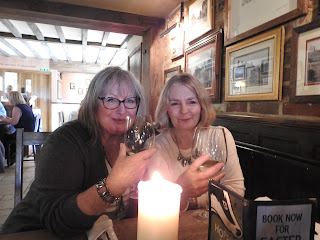 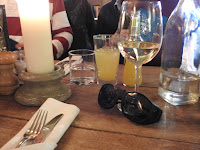 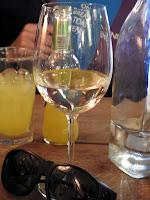 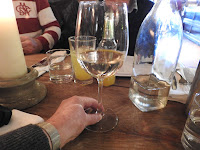 Wine was consumed artistically.  We staged pics of sunglasses.  Anna's were fashionista, mine are OAP-fashionista Solar Shields. 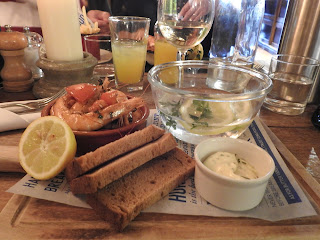 Now three of our meals were just dandy.  One, however, was controversial and concerned an undercooked burger whose charge was then overcooked.  The incident could have been managed better.  Sad that this soured our experience.

Then later, controversy was soon forgotten as just look in whose kitchen I've been posing! 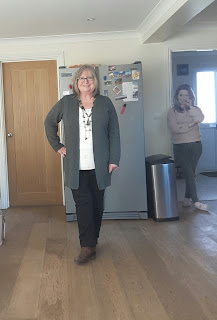 When writing my Being ... Anna post recently, I made the observation that Anna's style shots are taken largely in her kitchen.  So after lunch I was invited to a "style photo shoot" in that very kitchen!
Her daughter Miss 22 is looking on with mild amusement.  Well, you would, wouldn't you.﻿

Posted by thepoutingpensioner at 09:11:00