A visit to Buckland Abbey.  Home of Sir Francis Drake.
Well, I didn't go there myself, this Michelin Woman version of myself went.  Yes, maties, I am now into Puffa season and I have doubled in size overnight! 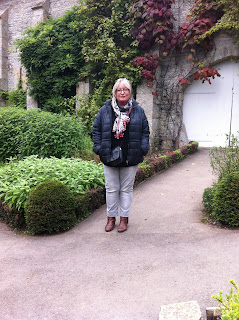 I stopped first in a pretty walkway.  I liked the mix of Virginia creeper and stone. 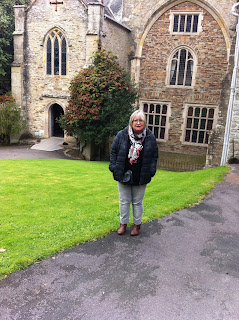 Here's my version of the abbey, and the National Trust version.  I think bottom one may just win!

Cistercian monks built the Abbey more than 700 years ago and since then it has changed from a working abbey to the home of, amongst others, seafarer Sir Francis Drake who changed the shape of the house and the fate of the country during the Spanish Armada.
The abbey now houses a significant museum to Drake.  Parts of the abbey are laid out artfully so that you can get in some small way the feel on being onboard an Elizabethan ship, albeit a much more glamorised version, I am sure.

The earliest known portrait of Francis Drake (above) is on display.
The painting is believed to be the earliest likeness of Drake and during 2014 was matched to his facial worts showing on other later portraits.

Also on display until the end if September was a newly verified self portrait of Rembrandt, so we rushed over to the Abbey to get a glimpse if it "in the flesh". 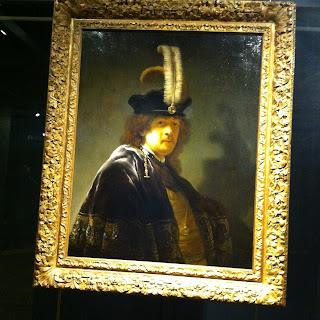 It's an amazing piece of work, especially his velveted shoulder. The self-portrait hung for some years in the abbey but was only verified as the work of Rembrandt himself in the last year, so its value was immediately upped, along with its security!  The room included well-laid-out information about the artist's life. 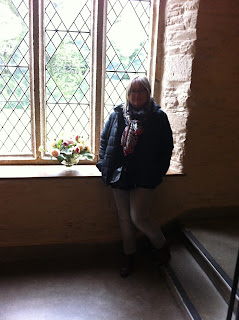 Some interesting etching in the glass panels.  Whilst photographing this, The Photographer announced that he'd only sailed in the 400 year commemorative Armada re-enactment voyage in 1988.  A surprise to us all! 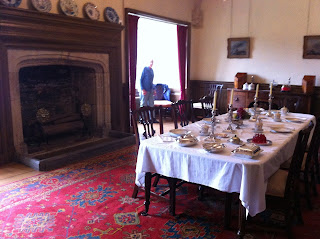 A nicely laid out dining table. 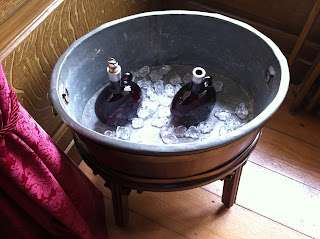 An Elizabethan a wine-cooler.  Drake must have lived the life - well, he was pretty big back then! 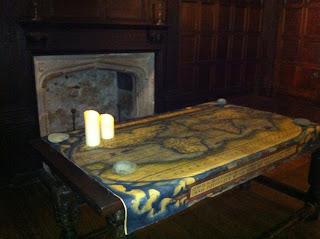 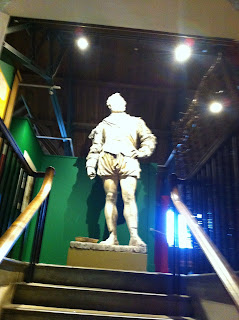 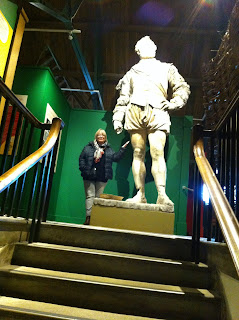 And here Michelin Woman stepped into the picture to show you just how big this really man was! 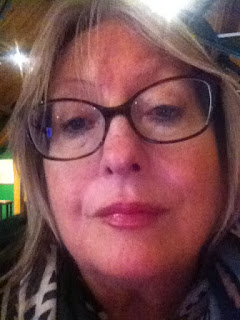 A selfie with Drake in the background went horribly wrong. 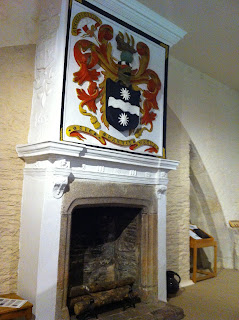 Nice coat of arms.  These days people stick a telly over the fireplace. 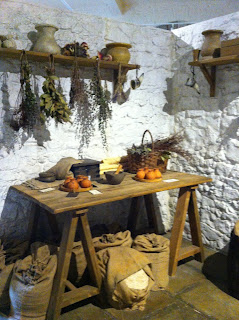 A display of the type of herbs used onboard Drake's ships. 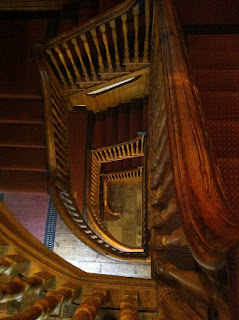 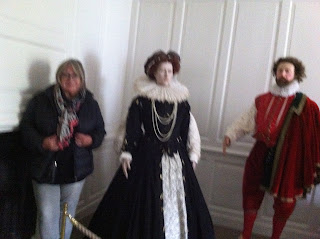 Queen Elizabeth I and Drake agreed to a shot with me.
Doesn't she look elegant.  Nothing smart casual about Queenie! 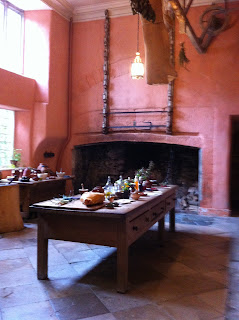 I'm drawn to the kitchens in these stately places. That's where the real action took place. 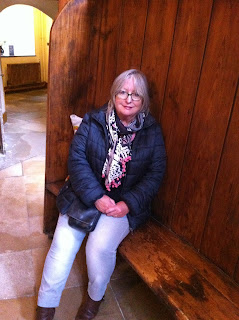 But I'm more often drawn to comfy places to sit, like this settle. 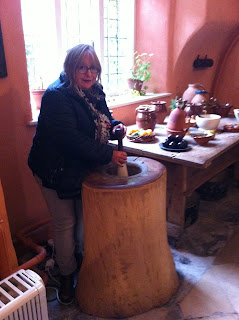 I instinctively put myself to work with a monster pestle and mortar. 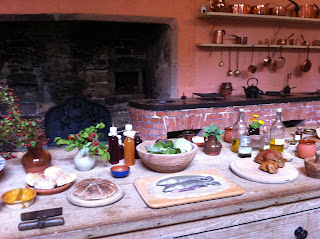 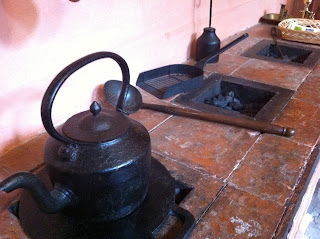 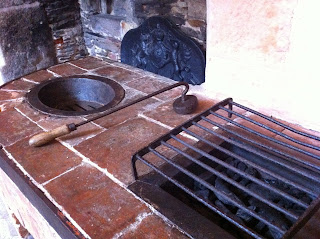 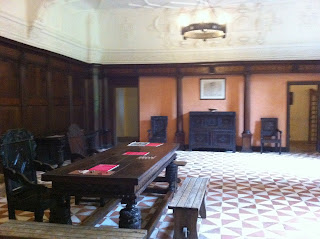 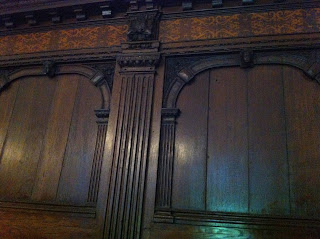 Fine examples of Elizabethan panelling throughout the house. 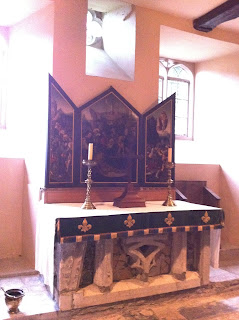 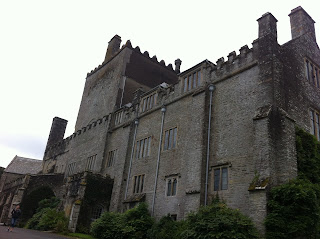 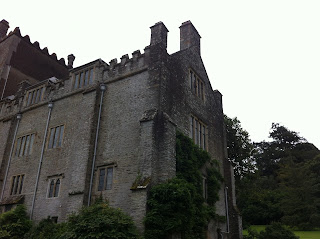 Gloomy shots of the exterior.  It was a grey, wet day. 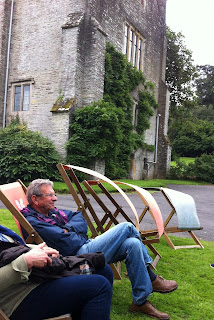 And a shot of the pooped Photographer taking a rest after, with a backdrop of billowing deck chairs - oh, and add "windy" to "wet and grey".  A hattrick!

Of course, a last chance to see the newly identified Rembrandt selfie was the key driver to our visit.  But it was an interesting place to visit generally, and so nicely laid out.  The artefacts on show were so interesting.  The guides were all so knowledgeable and friendly. The gardens are apparently nice to potter around and there are some nice woodland walks to enjoy too.  We chose not to "enjoy" these, given the weather and the tiredness of my poor Photographer.

Hope you enjoyed your peek into Drake's home.

Posted by thepoutingpensioner at 17:47:00