What's he like Mavis?
He's a real tasty geezer.

Why do I open today's post with the intro to The Piglets' Johnny Reggae?


Well, The Photographer was once described as "a pretty snappy dresser for an old geezer" and as I write about him today, that line is swirling round in my summer-addled brain.

Perhaps it's the unaccustomed recent heat that draws me to introduce this post to you with an old 70s hit.  Maybe it's because this old geezer in his 70s is a hit with me!

The Photographer's been getting a lot of compliments on this blog lately.   So I thought I'd give him his own style post.  For style he has.  I put the post together and made that a little Father's Day surprise treat for him.  He's let me share it with you.


What's his style in retirement?

Well, he pays great attention to colour co-ordination and what he feels is appropriate for the occasion.  So he needs very little bossing guidance.

Let's see all of this in action.

He's so definitely a jumpers man.  With a leaning towards zipper jumpers.
Here, Sct Hans Aften, Denmark, in a pure wool Peter Grabby zipper sweater and black jeans (yeah, I'd never heard of the make either but we're entering Boyzone here!).

And below wearing a navy cashmere merino zipper jumper from Woolovers - I've heard of them :-). 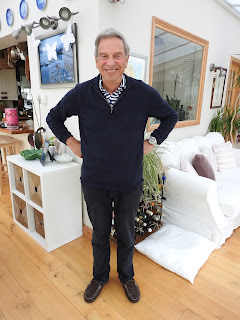 Yes, he likes his zipper jumpers.  He has several more.

His style is jeans and jumper or shirt.  End of.

Left.  Brown cashmere (M&S Limited Collection, we all heard of them eh ladies!)  In Mads Norgaard, Copenhagen (heard of him too!).  Bored, as the shopping was for me.
Right.  Yes, he has was sooo bored ... until he spotted that there was a mens' section!  I came away empty-handed, he came away with a new striped jumper.
This often happens when we go shopping for me.  He doesn't like shopping but he does rather like hijacking my shopping trips. 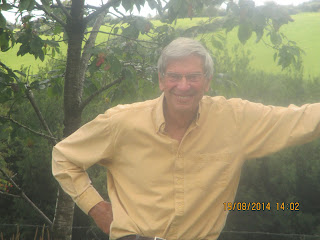 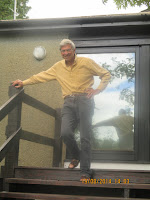 His all-time fave shirt.  Birds Eye custard yellow.  It's by Oakman - how's that for a butchy Boyzone brand naming.
He chose this shirt to say goodbye to his fave house, his home in Devon for 40 years.  He will say it was just coincidence but what did I say about dressing for the occasion ... ? 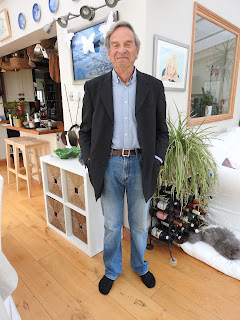 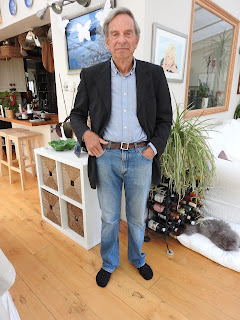 A few years ago he hit on this style.  A Rohan suit jacket, charcoal, worn with jeans and a shirt.  He declared "I have found my new smart casual uniform".  And since that day he's rolled out variations of this often and with great success. 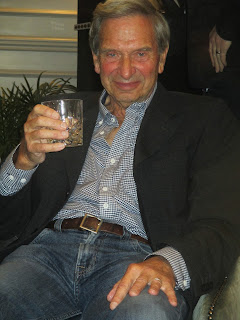 He feels relaxed in his uniform.  He thinks it looks hip.  So do I.

Men's dressing is so easy.  It's uniforms.  Not just for business wear or black ties.  Even smart casual is built on a uniform.  How many times have you seen chinos, blue shirt and brown loafers at an informal event or on office mufti days? And now they have added this winner, the hip suit jacket, shirt and jeans uniform. They've got dressing nailed!

Does your other half have a uniform?
Like this? Or something that's all their own work?

When the heat cranks up he wastes not a moment in switching to Jesus sandals.  And recently, shorts.
Bit of an aging hippie, it turns out. 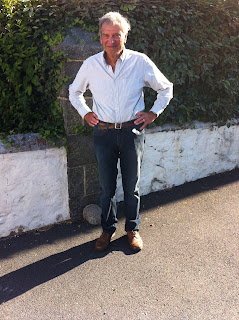 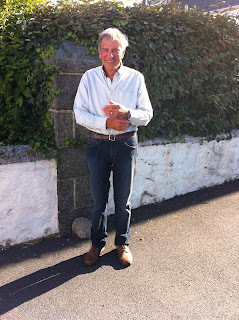 He loves his jeans.  He recently bought a couple of pairs, denim and grey.  During the try-on at home, he declared that they were "old man's jeans", a bit baggy and shapeless.  And they were.
I had to quickly source some slim-fits through Marks online for this demanding dresser.   I think slimmies take years off him. 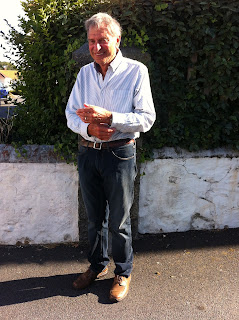 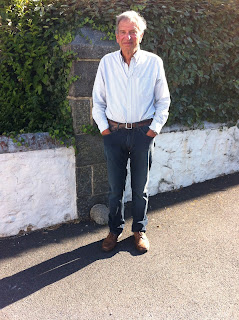 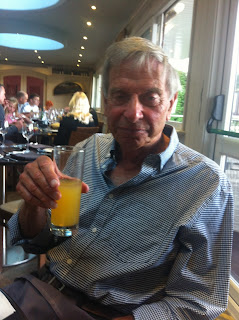 Here's just a tease of his grey slimmies for you, until I get a better male model pose out of him. 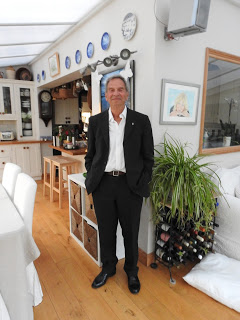 His recent success was his wedding outfit (Rohan*).  He wore charcoal and white. 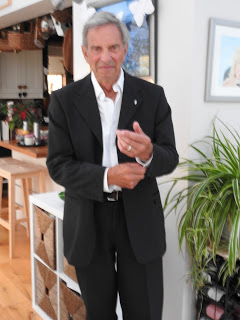 I'd say this is more James Bond than Knitting Pattern.  Licensed to Thrill! 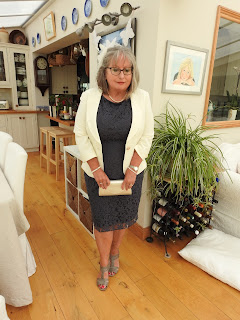 Unbeknowingly, I too wore charcoal, with ivory (a subtle variation). We do this often.  It looks like we've planned our matching outfits.  We haven't.  It's embarrassing.

We look a bit Howard and Hilda from Ever Decreasing Circles.

Do you find yourselves in an unplanned Howard and Hilda situation?
And what do you think of your partner's style?

Is yours a real tasty geezer?

* I've heard of Rohan.  It's a unisex brand and I have a few pieces from my Trekking Around Dartmoor period.  You won't see these pieces, this blog is where I sassy!

Posted by thepoutingpensioner at 10:50:00