It's been a funny old week.  Some days I'm in shorts or in my swimsuit frolicking around in the pool (not mine!) for hours on end with the GKs (that's today).  Shorts, swimsuits = not photographable.  Other days I'm togged up spring-like and it doesn't feel right to be posting that kind of outfit at the end of July.  But I did make an attempt yesterday.

What I want is the bit in between.  The days when I get to wear a nice summer dress or maybe a flippy skirt, something I can show you.  Those days just aren't happening.  But looking on the bright side, at least we're not suffering 35-40 degree temperatures each and every day.  There's a lot to be said for a temperate climate.

So what can I give you today?  Embarrassment, that's what! 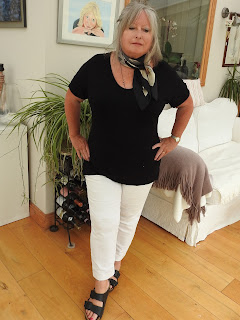 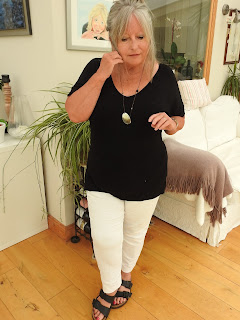 I'm embarrassed to tell you who I was channelling when I chose this outfit yesterday.
So I won't.  Not yet, anyway.  Suffice to say, this OOTD was an epic fail.
﻿ 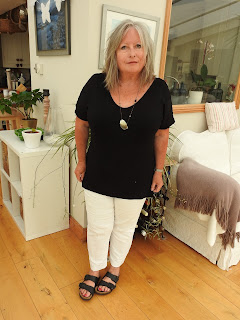 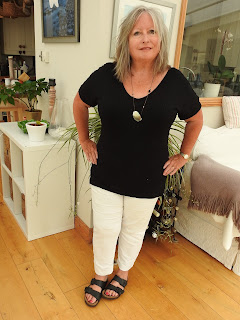 So, having achieved nothing but an epic fail, I am justly forlorn.﻿ 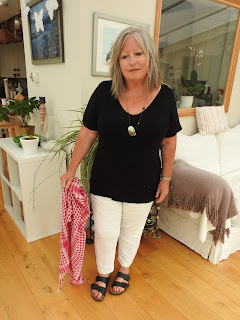 My pop of pink check scarf didn't help this outfit one little bit. 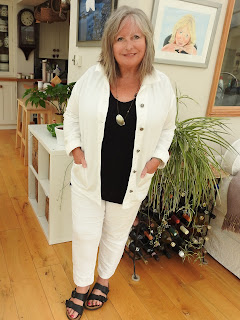 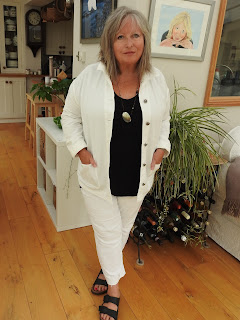 Neither did the jacket I grabbed for my walk. 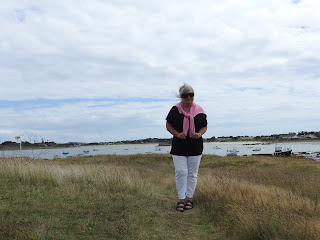 I ended up with just a back-up jumper when I went for a mooch around Rousse, as yesterday was quite warm, just a bit tired-looking.  Not exactly a promo-material sort of day. 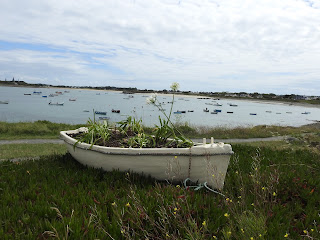 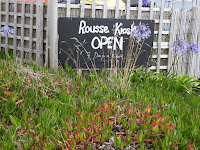 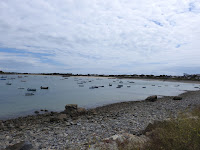 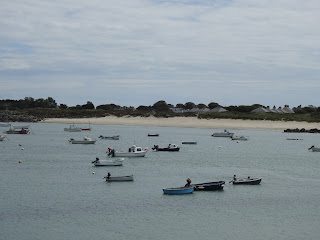 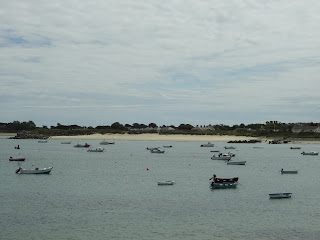 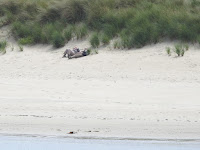 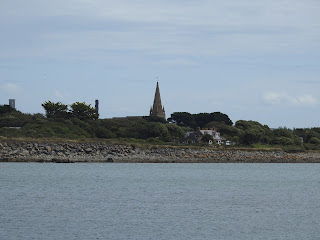 Rousse is a busy little bay, popular with fisherman and, on a hotter day, swimmers.  The parish church looks out on the bay.

As if my epic fail of an outfit wasn't enough, to add to my embarrassment I learned something new about our island. 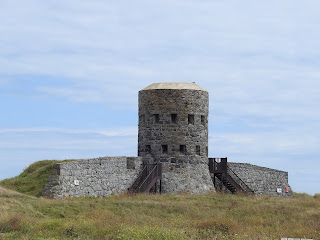 Me, a born and bred Guern, had always believed the Martello towers dotted around the island had been built to repel Napoleon's fleet. 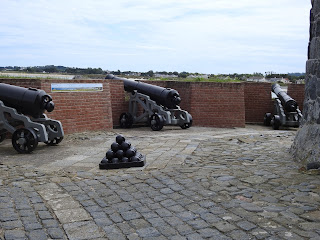 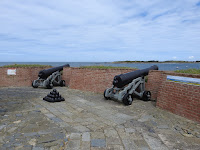 Wrong.  I discovered yesterday that yes, the towers were built to protect the island from potential French invaders, but just not those under Napoleon's command. 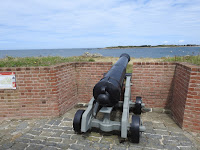 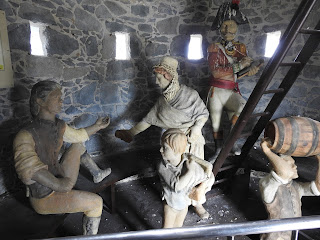 They were built around 1770 to defend the island from the French who had aligned themselves with America during its fight for independence.
I'm embarrassed to tell you that I didn't know that.

The epic fails continued.  I just cannot get the sound right on these VT things.  Can someone tell me how to block out the wind noise?

But I'm putting yesterday's double embarrassment behind me.  Or triple, if I count the VT!
Today I had so much fun playing around like a teenager in a warm pool on a sunny day - I suspect my body may remind me of my true age tomorrow.  But we're only young once, eh?!

Posted by thepoutingpensioner at 20:13:00