Palace House, once the gatehouse of the medieval Beaulieu Abbey, has been the Montagu family home since 1538.
In an idyllic New Forest setting, overlooking the picturesque Beaulieu River millpond, Palace House was remodeled and extended during the 1800s and is now a fine example of a Victorian country house. Inside, its ecclesiastical heritage sets the grand gothic tone for a home bristling with character and adorned with family trees.
Palace House was used as one of the primary locations in The Honourable Rebel, a feature film based on Elizabeth Montagu's life. The Dining Hall and Drawing Room are just two of the rooms you may
recognise in this fascinating true story of Edward 3rd Baron Montagu.

It is rather clumsily copied, I'll give you that, but it's the intro you need for this post and there you go, that's me, clumsily techno.

And whilst we're talking clumsy, the reason I didn't post these shots earlier is because on my return, I dropped my phone down the toilet.  As one does.  There ensued a long period whilst my phone rested in a bag of rice before eventually I had to leave it to close for business with dignity, get a new superduper replacement and retrieve the pics from iCloud.   It's never a quick story with me eh?!

It was the second of my phone's to meet this accidental fate this year.
I'm rather like this with tyre flatties too!

So, during my recent trip to Southampton I visited Beaulieu.  And what a pleasant surprise it was.  We decided to focus on the main house, the abbey, the monorail and a couple of the smaller museums, leaving the very large motor museum for another day. 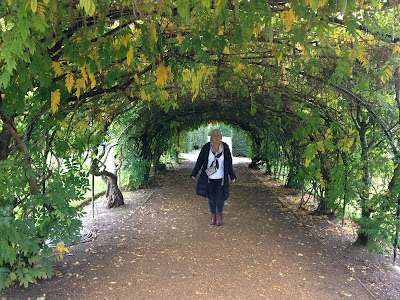 The arbor is tranquil. 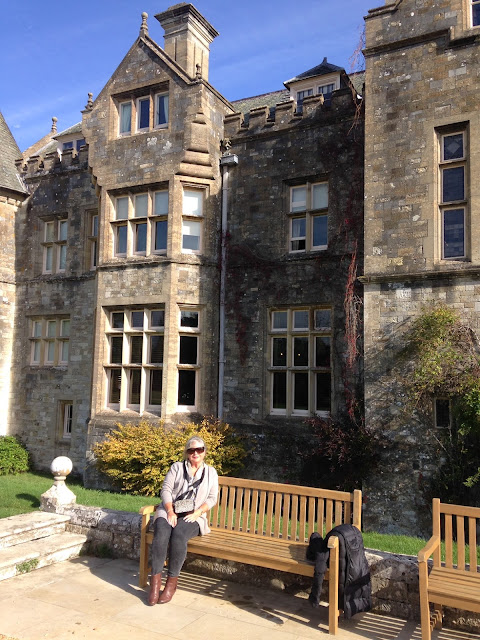 This house and I are clearly MFEO! 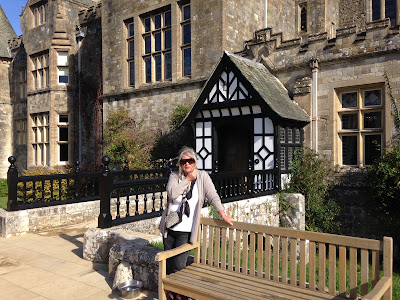 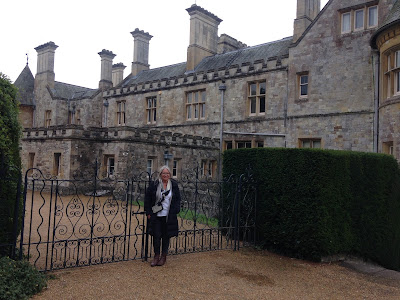 I've said it before but as a tourist I make a good bag lady! 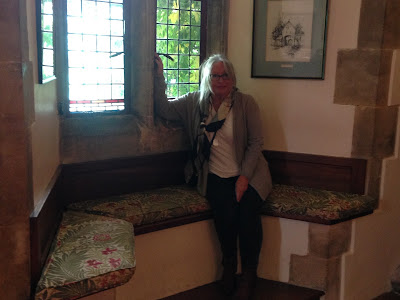 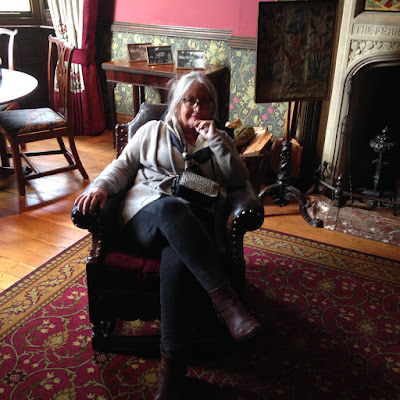 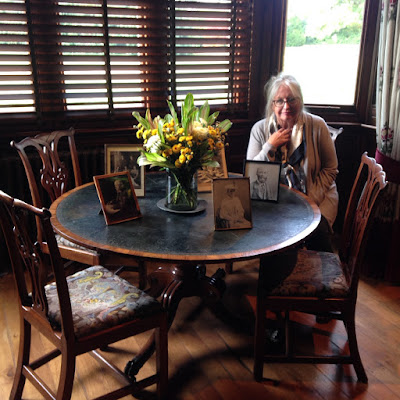 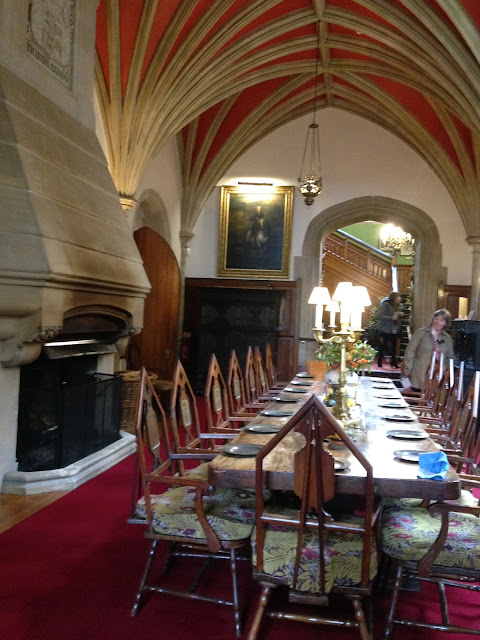 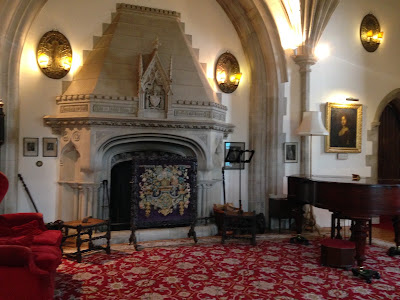 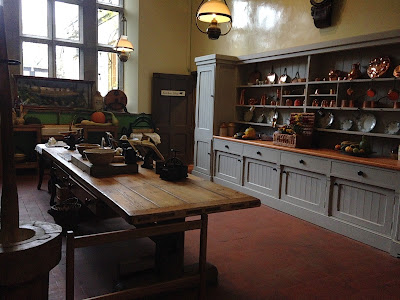 The kitchen wouldn't look out of place in today's home. 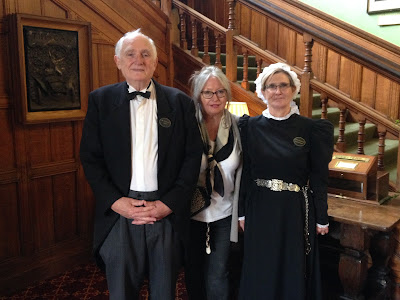 Bag Lady to Lady Mary!  Here with the butler and housekeeper. 😊 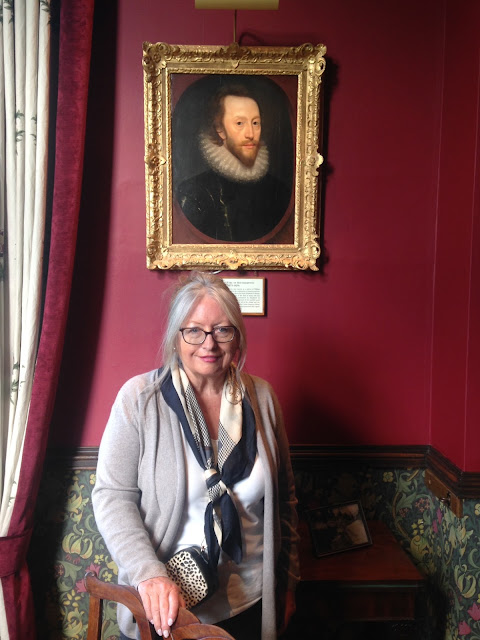 When asking permission to post their photo on the blog, I mentioned how some American readers are bowled over by Downton.  The housekeeper immediately whisked me away upstairs, telling me that the house had a strong connection to the U.S.  She showed me this portrait of the Earl of Southampton, a previous owner of the house.  He  travelled to America in the Elizabethan era and "discovered" The Hamptons, which are named after him! 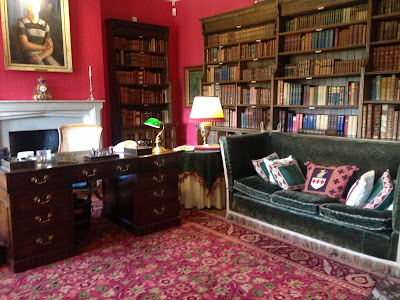 And this is "his" study, obviously furnished a little differently today. 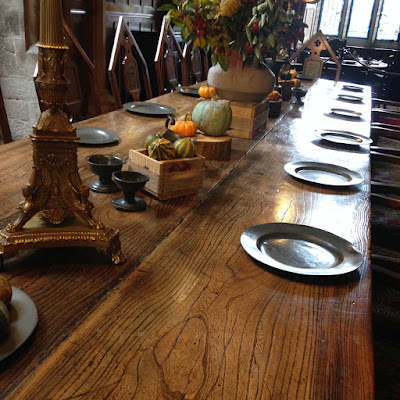 The dining table was laid out with an autumn setting. 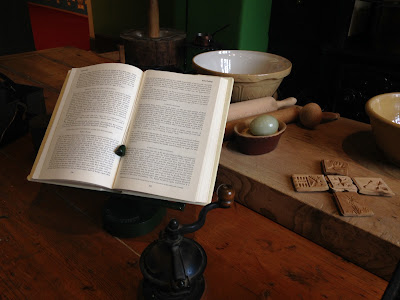 The cook is planning what feast to put in m'lord's dining table. 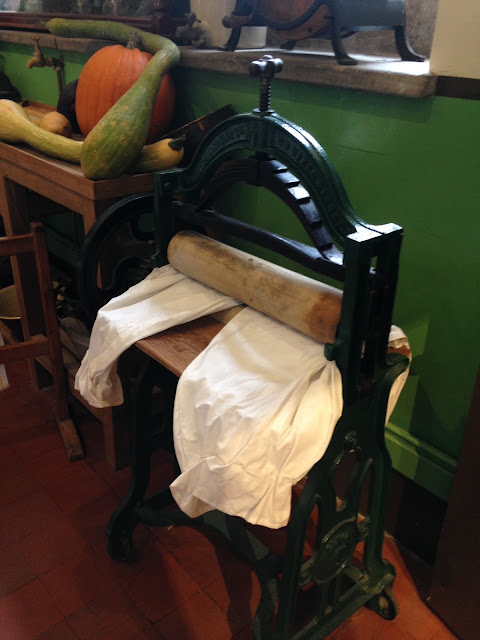 Whilst the maid busies herself pressing m'lady's pantaloons! 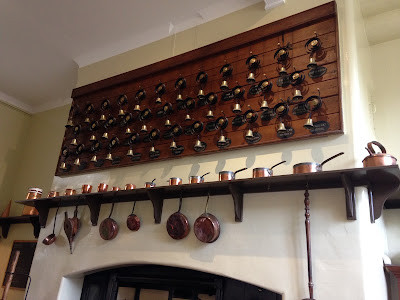 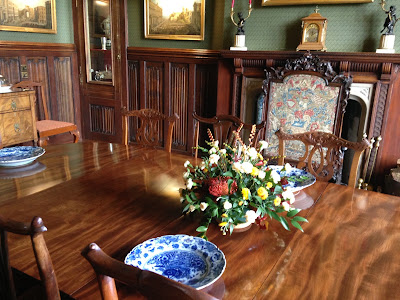 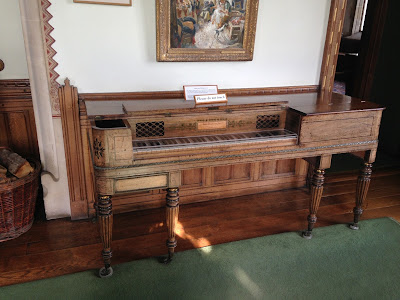 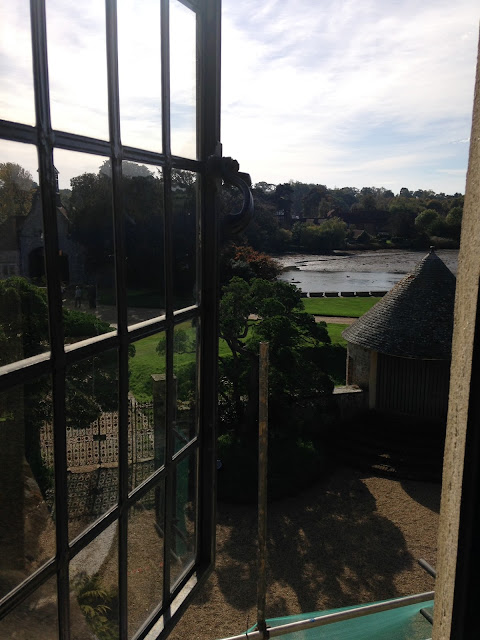 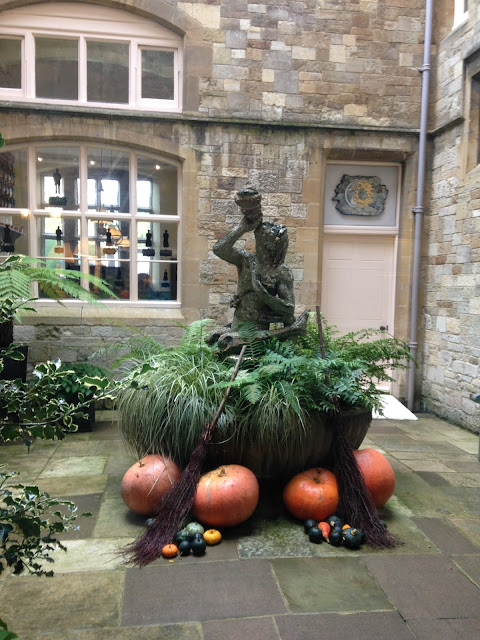 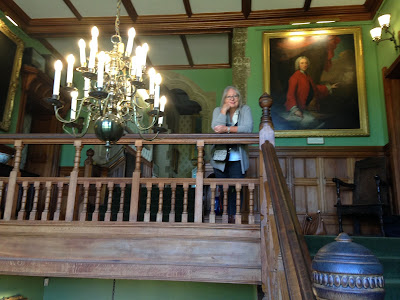 Yes, this was one stately home that I could imagine Lady Mary actually living in! 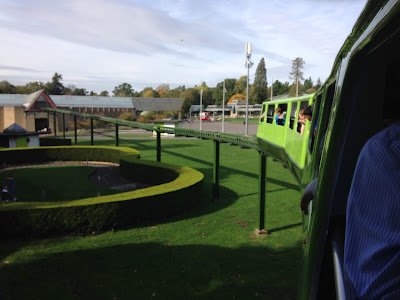 I really enjoyed this little trip, travelling through the tree canopies of the estate.  I oohed and ahhed like a little child, but sadly after fact this shot leaving the station my phone battery closed for business! 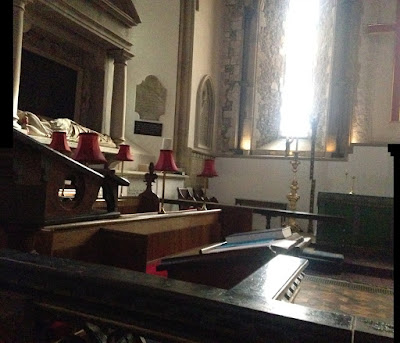 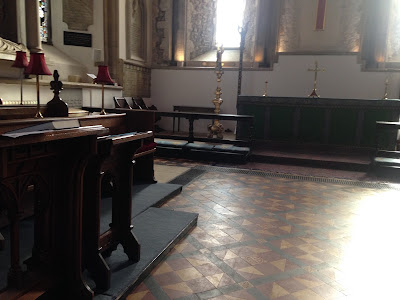 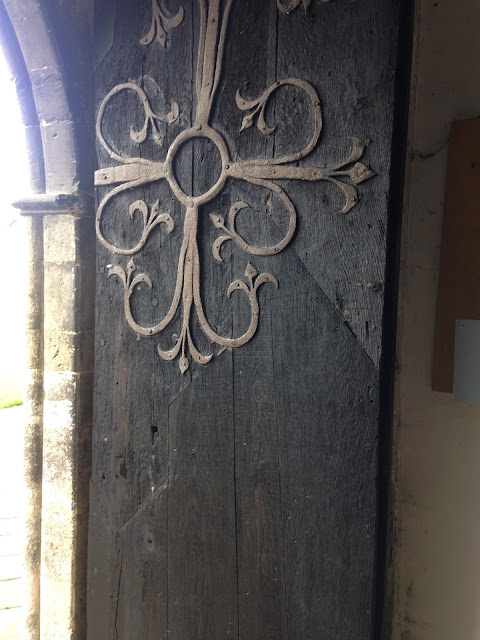 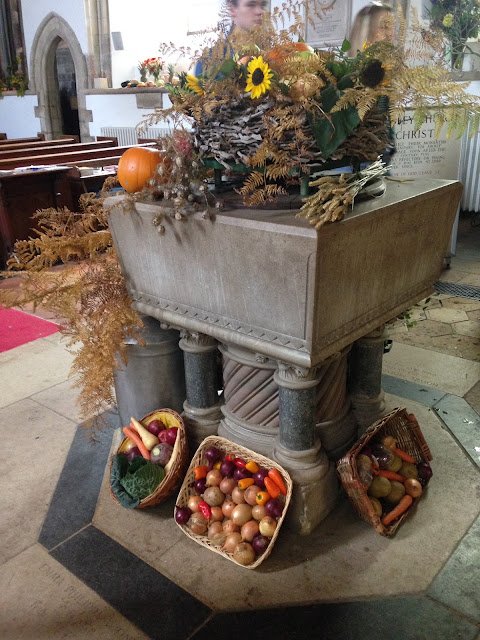 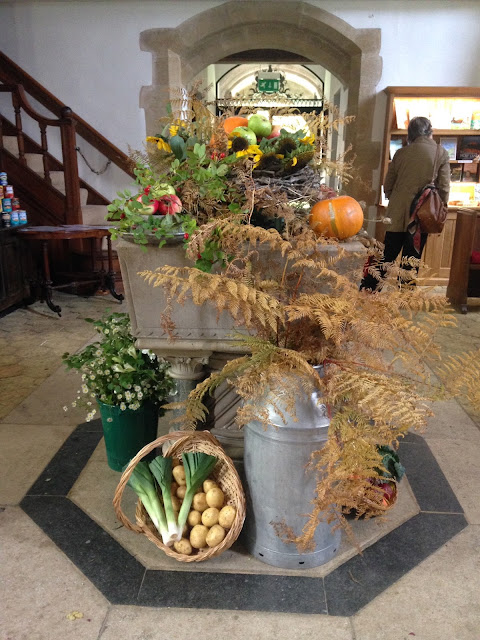 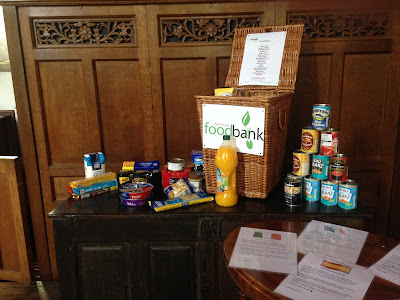 This was a great day out, with plenty to do, see and learn about and there was a happy, friendly vibe to the place right from the chirpy chappie on the ticket desk.   If you find yourself in the Southampton area, then Beaulieu is well worth a visit.

Find out more about the house, museums and attractions by following this link  https://www.beaulieu.co.uk.

Posted by thepoutingpensioner at 09:06:00

Email ThisBlogThis!Share to TwitterShare to FacebookShare to Pinterest
Labels: travel