All Things Bright And Berryful

Well, no surprise that it was another day for British Bloggers to stay indoors.
Yup, it rained.

It was definitely a day for jeans and a cosy jumper.

I was pleased to have my berry bardot jumper and boots to perk up a very dull day.

The bardot jumper is long enough to wear as a dress, yet by hoiking it up in some way, it becomes a snuggly jumper.  I found this berry belt a few weeks ago at Peacocks and it's a perfect match for the boots, the jumper and all things berry that happen to have found a way into my wardrobe these past few months.

The belt was a better hoiking tool than the pinning I had previously tried when wearing this in jumper mode.  I thought the belt would move around during the day but it didn't.  It stayed in place.  Result!

Do you use belts at hip level to create a soft blouson effect to baggy jumpers?
If you don't, please give it a try.  It works, it adds interest and I think it does improve the proportions of the line.  To be honest, I expected the belt to create a sack-tied-in[the-middle effect but I don't think it did as The Photographer With Fashion Views remained silent.  And, stop press. I've just checked with him now and TPWFV says that "it doesn't look bad".  He still doesn't like the look but it doesn't look like ASTITM.  Phew.  Another result!

I took this outfit to the pictures.  We saw The Post, about the unmasking of surpressed truth about the war in Vietnam.   Well worth the trip and chillingly pertinent to current day yet this goes back nearly five decades. 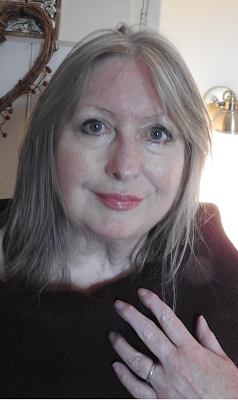 So peeps, it's rainy February and rainy January is three days gone.
January was essentially "dry" for me, despite all that rain!
I cannot tell you how easy it was and how good I'm feeling.  More on this soon.

But right now, all I have to say is that I hope you pop back for my next post, and, oh yes

Posted by thepoutingpensioner at 21:31:00