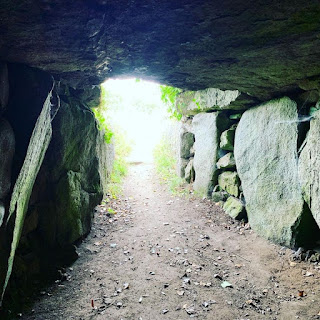 Remains of the distinctive Beaker ware pottery were found in the dolmen when the tomb was discovered in the late 19th century.  I explained to my fellow dolmen explorer that the Beaker people were highly civilized and intelligent. “Yes,” he said “I can see they were clever, they built this near a pub”. And lo, I turned my camera and could see in the near distance the L’Eree hotel and pub. 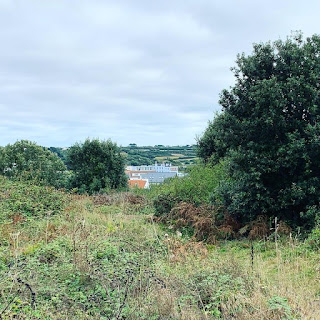 Folklore has it that the dolmen is a midnight gathering place for fairies, hence it’s name, Les Creux en Faies, or translated from Guernsey patois, The Fairies Cave.

I hope you’ve enjoyed hearing a little bit about Guernsey’s history and folklore.

Posted by thepoutingpensioner at 09:27:00