Sometimes little niggly jobs hang around undone in Chez Pout for weeks, months , years.  Yet they often take relatively little time to complete and the satisfaction is immense when they're done.

As was the case with the little niggly jobs I've completed this week. 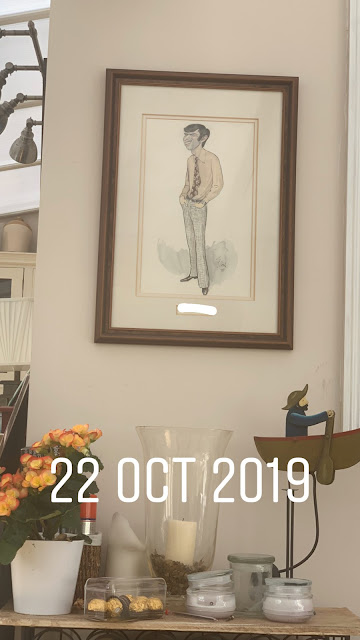 Firstly, a brief history of this picture.
It starts back in the seventies.   Salon was the Daily Mirror cartoonist, and the newspaper and the publishing company TP worked for BITD were ultimately owned by the same company.  Caricatures by Salon of the company directors were hung in the boardroom and when TP left, he was given his picture.

And it ends in the teensies with me FINALLY getting round to painting the picture frame to blend in with the other pictures around it in the Chez Pout boardroom! 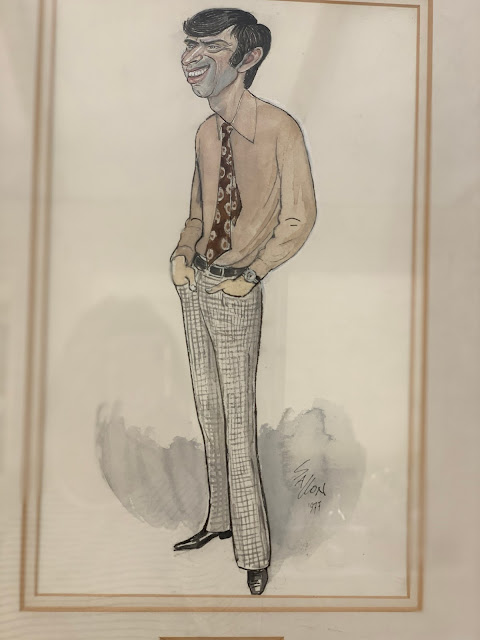 The frame was dark brown.  The other frames in the vicinity are shades of grey, but just a few, less than ten, and definitely not fifty. 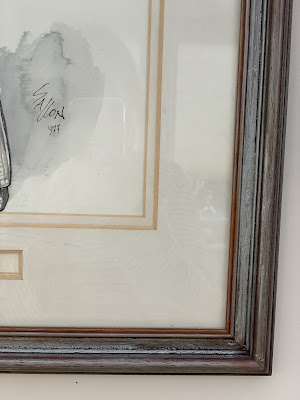 But during this past week something clicked -  I'd stared long enough at this mismatch of framage.   Carpe diem.  Action this day! 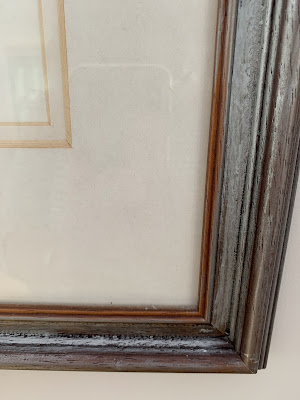 So on this day I seized a little pot of *Liberon cream paint (*see below for details).  I opened this pewtery magic and with a piece of kitchen roll I got rubbing! 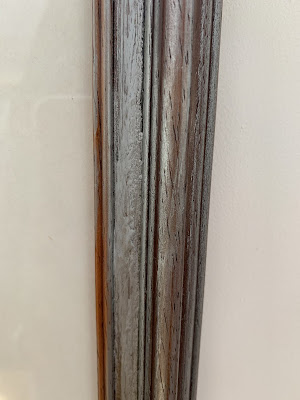 I left elements of the original brown frame to show through. 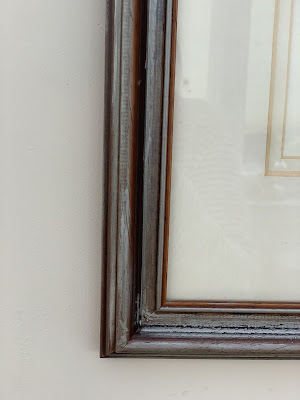 This way, the grey picks out the colour in TP's trousers flares and the brown tinges blend with the rest of the picture. And of course the frame fits in with its neighbours. 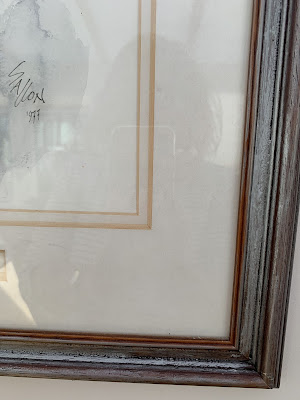 And the whole process took about ten minutes.  So why did I wait so long?!!!

The other small tweak of the week was this bare wood window frame. 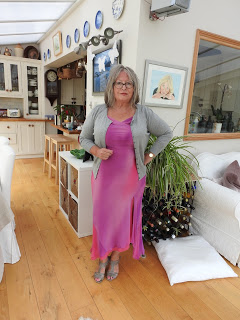 This is the only "before" pic of it I could find after a quick trawl.  It's over my shoulder, just in case I need to point it out!

The bare frame dates back to 2010, so it's been staring at me for nine years.
Yes, you read right,  nine years!
TP painted the nearby door and window frames last year, but ran out of puff or enthusiasm for white paint and this window frame remained bare and sore-thumbish.

So, and not before time, this week I decided I could no longer live with the mismatch of framage in this room and this window frame got the Pout Paint Pot  treatment too!

This job took a little longer than ten minutes, but a few hours applying three coats of paint over two days and the job was done. 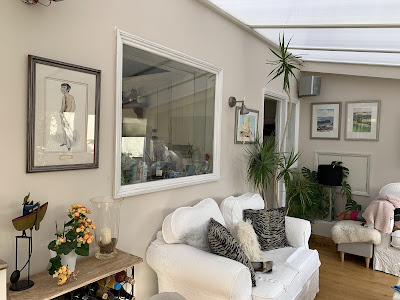 And here's the "after" shot.  Nothing sore-thumbish or mismatched with these frames eh? 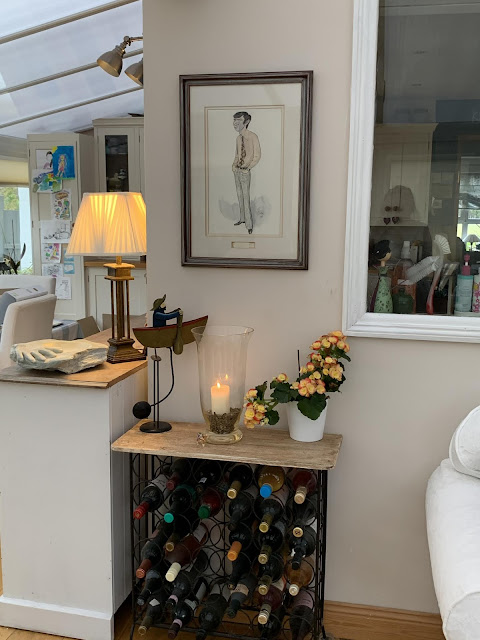 The feel in this back room seating area is now harmonious.   After nine years and a few hours of my time I can now cross two jobs off my mental list of the many niggly jobs around the house.
And my paint pot spilleth over with immense satisfaction and love!

Does any of this sound vaguely familiar?
Do YOU have undone jobs that irritate and niggle, that you know will take but a few hours of your time ... WHEN you get round to it?!!!

And have I got good news for you and ME!
*Liberon gilt creams come in various shades of gold and silver and they are the BOMB!
I've been using them for 20+ years for all sorts of exciting decorating jobs.
My last pot was sadly empty after this job 😢 and sourcing it from our small island has always been challenging and nigh on impossible.

But through writing this post I've discovered it's available on Amazon and I am super excited to share this news with you!

I really recommend you give this little pot of magic a go - it transforms in a trice and you use little per job so it lasts for years.

Posted by thepoutingpensioner at 09:55:00