Well, Bertie’s coaster has been rolling a little more than normal lately - and that boy sure knows how to roll a coaster at pretty much any time.  But this has been a weird couple of months, even for him.  Let’s keep it simple.  He’s going to be 20 in a month or two and for a cat that’s pretty old.  For a Persian cat thats even older.  And for a cat who’s been plagued with health problems that’s older still. 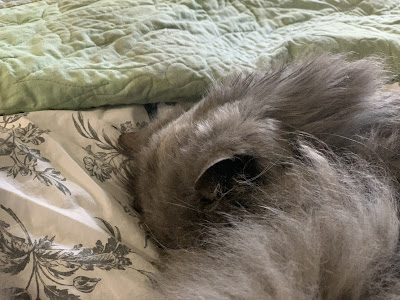 So at the beginning of November things weren’t looking good for him and the vet and I put together  a plan to manage his remaining days.  It included special diet food to which we needed to add five different medications daily.  He detested the food and detected the medication and stopped eating, so lost weight and the vet and I agreed to stop both the diet and the meds and get him eating again. 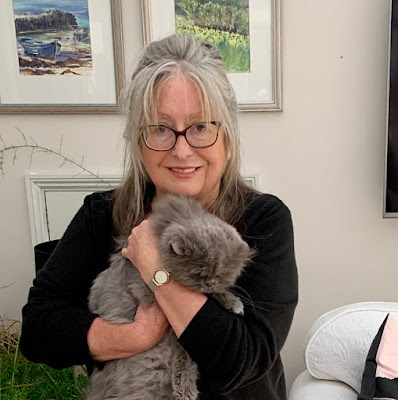 Family members popped in to say their goodbyes. 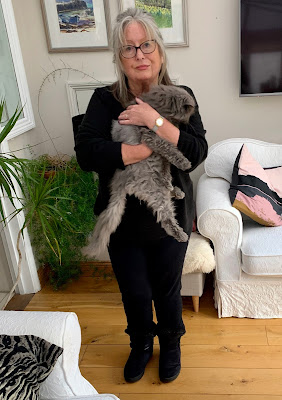 I was treasuring my every day with him. 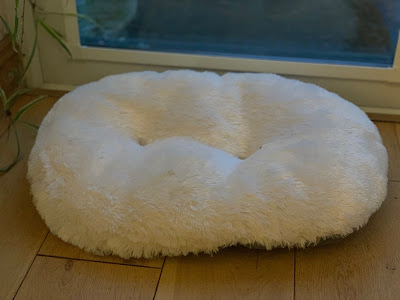 I bought him a new support bed to ease the pressure on his old arthritic bones.  I’d meant to get him one for simply ages.  He’d had a furry cushion some years ago but on reflection it was quite thin and didn’t look like it was up to any job at all.  I knew that I should get him a better replacement but I just hadn’t got round to it.  So wanting to make his remaining days as comfortable as possible I finally got round to gerting him a new cushion. And what a beaut it is!

And if any designers are reading this, I’d like one for me too because I find myself looking at it and longing to sink my own arthritic bones into something this furry and supportive! 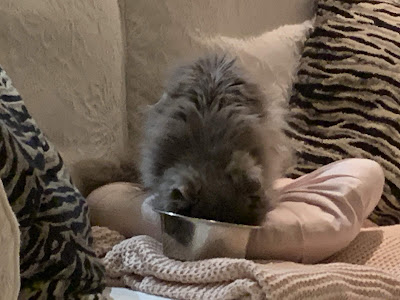 Pampering my patient meant “breakfast in bed”, pushing little bowls under his nose wherever he was lounging.  The things we do for our pets eh?! 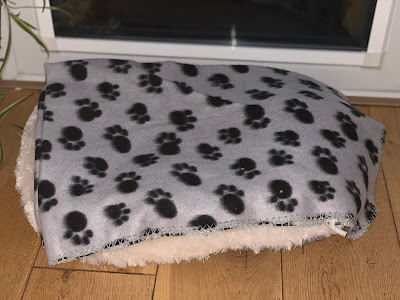 I pimped up his new cushion with a cat throw.

But my pink throw became what I called his “day bed” for it’s the place where he spends most of his days.

He was looking like he felt.  Old and ragged.  Pretty much how I feel most days, come to think of it 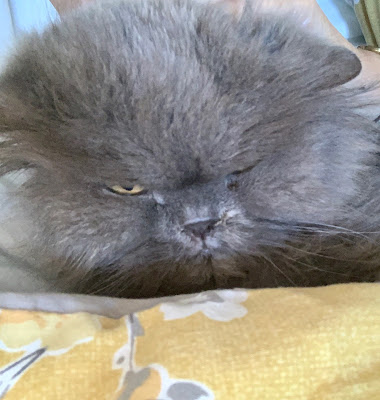 This pic was taken shortly before the vet came up with the idea of giving him his first steroid shot mid November.

Then it all changed.  He became lively. He strutted around the place instead of having his legs give way. . He started talking to us once more.  He started managing the stairs again, sleeping with us and demanding breakfast ... at 5 am!
And he regained his appetite and put back all the weight he’d lost.
So now he’s on a monthly steroid shot and is allowed to eat whatever he fancies.  Our focus is on his quality of life for the time he has left with us.

So my Christmas present this year is to have spent it with my boy, Bertie. I really didn’t think he’d make it this far.  He’s had a bit of a relapse immediately after Christmas, so we’ll see how that works out.  But he’s got his snuggly pink day bed and a lux fur night bed to keep as cosy as can be.

Posted by thepoutingpensioner at 23:44:00